Posted on 11th February 2019 at 15:22
Our biggest machine to date has been finished, tested and loaded for delivery. 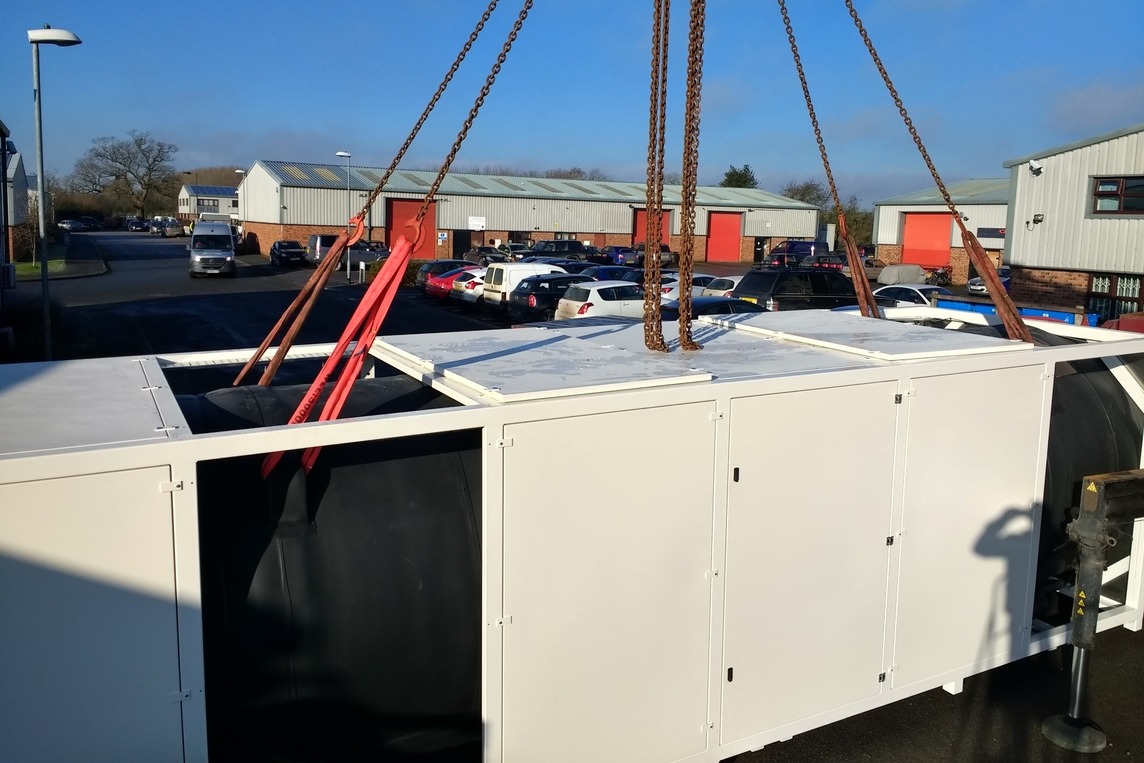 It was quite a task loading the machine on to two lorries using a crane. First the machine was split in two and all parts were very firmly secured for its long journey. Next using a combination of folk lifts and skates, both halves were taken out of the factory and positioned ready for loading. Let me tell you 9 tonnes is not easy to position! Once in position the crane lifted the machine up whilst the lorry (minus its roof and side panels) reversed back until under the suspended machine. The machine was then slowly lowered on to the bed of the lorry before we reassembled the roof and side of the lorry around the machine. It was quite the undertaking and all at about -2 degrees, thankfully the snow held off until a few days later. 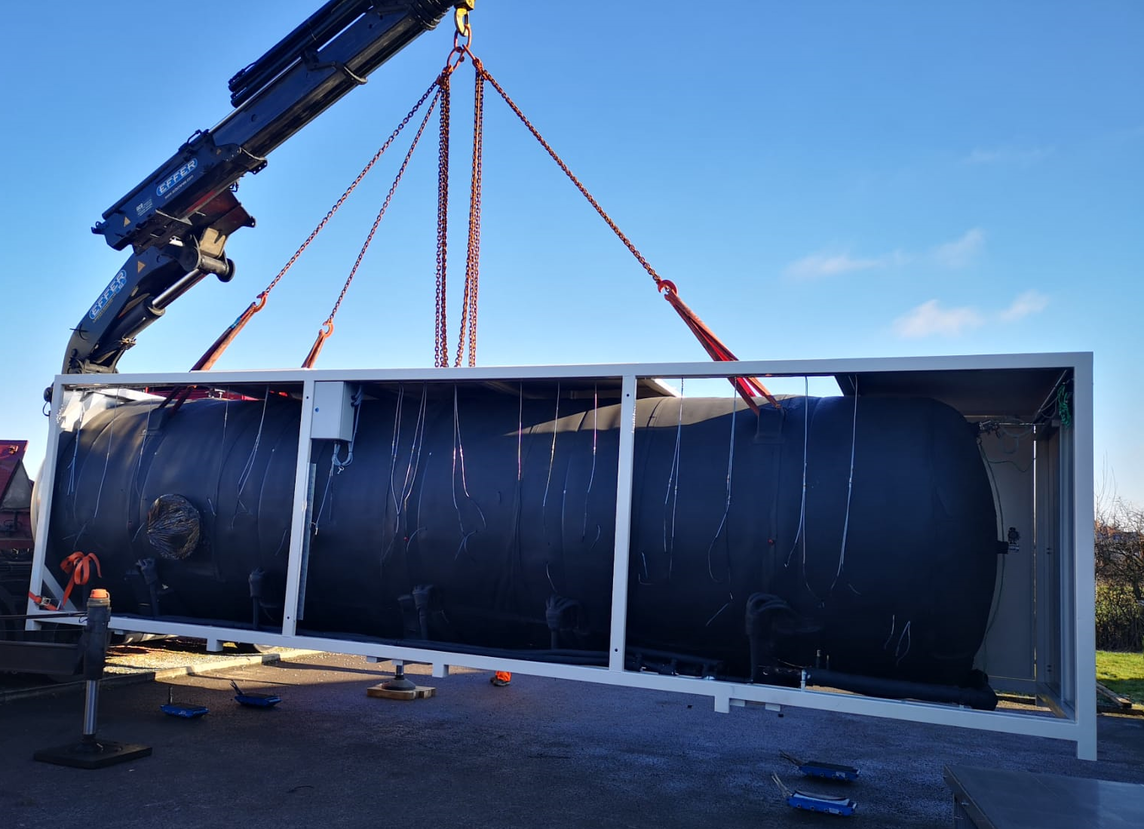 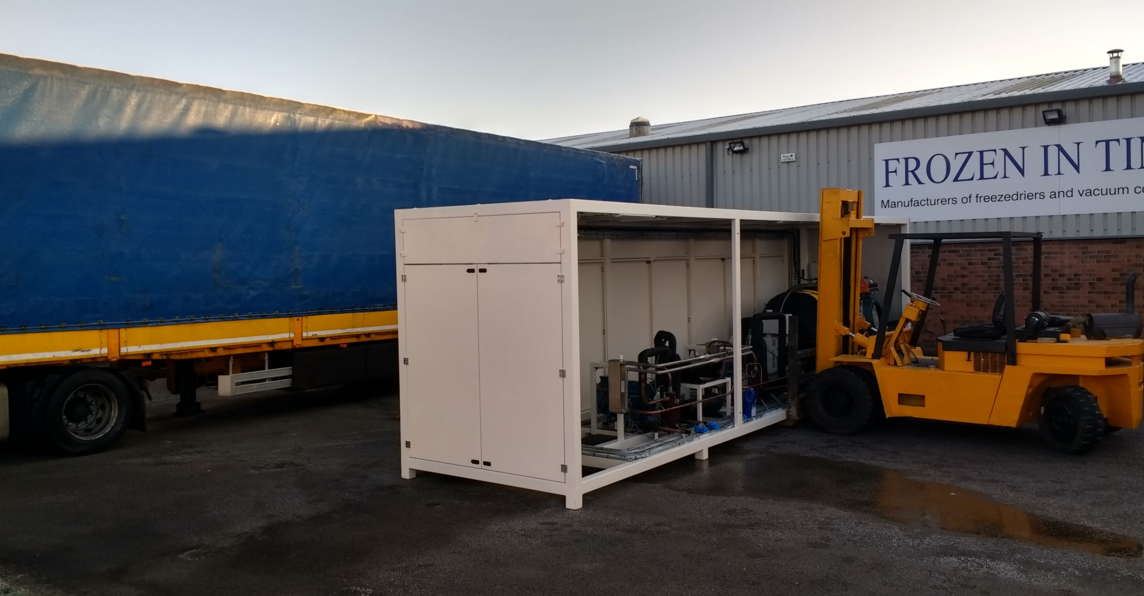